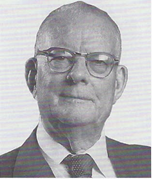 For a few years he studied with Walter a. Shewhart of Bell Telephone Laboratories. Shewhart’s theories about statistical control were the basis for Deming’s work. Statistical process control. This technique was applied massively times during the second world war, but faded in a few years.

Deming is known through his lectures in Japan. The first time he END_OF_DOCUMENT_TOKEN_TO_BE_REPLACED